Sihanoukville Province is small southern province of Cambodia. The capital sits on a peninsula with beaches and tropical islands around. Sihanoukville (also known as Kampong Som or Kampong Saom) was founded in 1964 to be the only deep-water port in whole Cambodia. It is gradually being redeveloped as a tourist attraction, but despite the promise of massive Malaysian investment – a casino is planned for Naga Island – tourist numbers are still fairly low. Also its nice with sand beaches and several paradise islands have made it popular as a tourist destination.

This famous see side resort is formed by wide and huge streets and quite new big concrete buildings, which lost any impression of the former architectonical colonial style. As the town is not a small place due to it’s wide spread urban areas, the best way to get around is to hire a motorbike. Beside the nice beaches and some very nice vantage points there isn’t that much to see in the town itself.

To catch a nice view on the city you best climb the small hill to Wat Leu. Wat Krom is another place of interest as this is a recently build pagoda, because the older one was destroyed by the Khmer Rouge and it houses a sanctuary called Yeah Mao, the guardian of the cost. Nearby to the town there are nice places for a detour such as the Ream National Park and the beautiful Kbal Chhay Waterfall.

Things to see and do in SihanoukVille

-Ochheuteal Beach It offers several nice hotels including the Seaside and Crystal, the mid-range Holiday, as well as some of Sihanoukville’s better seafood restaurants, (Sea Dragon, Susaday, Sunshine and Les Feuilles), within walking distance of the hotels. Further south along the beach in front of the golf course develop-ment, a number of budget traveler/backpacker oriented bar/restaurant/beach hangouts have sprung up offering chairs, umbrellas, drinks and a chill-out atmosphere. Ochheuteal is long, sandy and narrow, with ‘Serendipity Beach’ at the northern end, a golf-course development at the southern end, and a cluster of mid-range hotels and restaurants near the MP base in the middle. Grass umbrellas, rentable beach chairs and little drink huts line the beach from one end to the other.

-Otres Beach is the next beach south of Ochheuteal Beach and resembles Ochheuteal in many ways – a three kilometer crescent of near white sand facing the southwest. But Otres is far less developed and touristed than Ochheuteal, offering a more leisurely, relaxed atmosphere, and caught the eye of Forbes this year, listed amongst the Top 22 Beaches in Asia. Though much of the beach was recently closed for a development project, more than a kilometer remains open and retains the same laid back feel. There are no hotels, spas or large restaurants on Otres, just a string of beach-shack bars, restaurants and bungalows stretching along the sand from the intersection to the new development project.

-Koh Rong Island is a Cambodian Island in the Gulf of Thailand, at about 40km off the coast of Sihanoukville. Actually, the island is deserted, undeveloped and untouched. It’s a secret island. But it will be soon one of the famous touristic destination of Cambodia. The island is certainly the most beautiful island of the Kompong Som Region. A snowdrift bay, covered by a crystal clear and turquoise water, stretches on several kilometers. At the center, a jungle with thousands of coconut palms and waterfalls invade the island. Paradise found on Koh Rong.

-Prampi Choan Beach The beach is short and narrow, and the waves are bigger that at other beaches, making it popular with locals, who favor it most after Sokha Beach.

-Ream Beach The Ream Beach in Sihanoukville is the perfect place that takes you away from the crowded life of the town. Located on the outskirts it is almost a haven for nature lovers. It brings to you the best of creation and will surely captivate you to come back to it again and again. Located at the farthest end of the town, you have to travel almost 20 Km before you reach the Ream Beach of Sihanoukville. Nevertheless this distance will seem nothing when you spend those priceless moments in a place which is nothing short of a paradise.

-Kbal Chay Waterfall Kbal Chhay was discovered in 1960. Three years later, it was developed into a reservoir to supply clean water to the city of Sihanoukville. The reservoir construction, however, was interrupted due to civil war, and the site became a hide-out for the Khmer Rouge. In 1997, Kbal Chhay was marked for development, and a year later Kok An Company was awarded a contract to construct a road and develop the site for tourism. 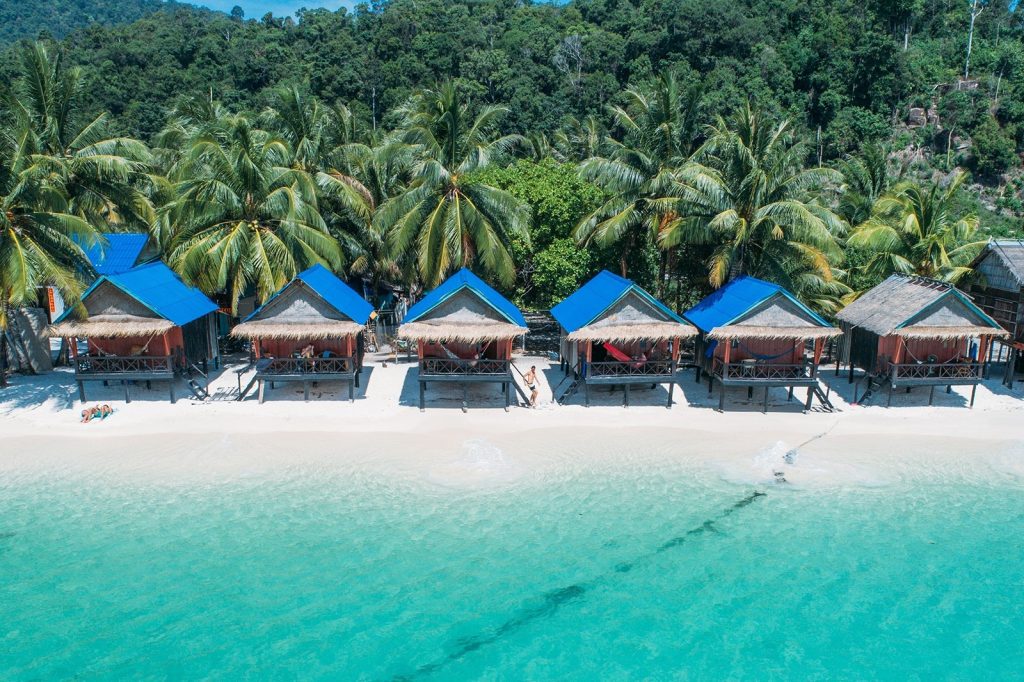 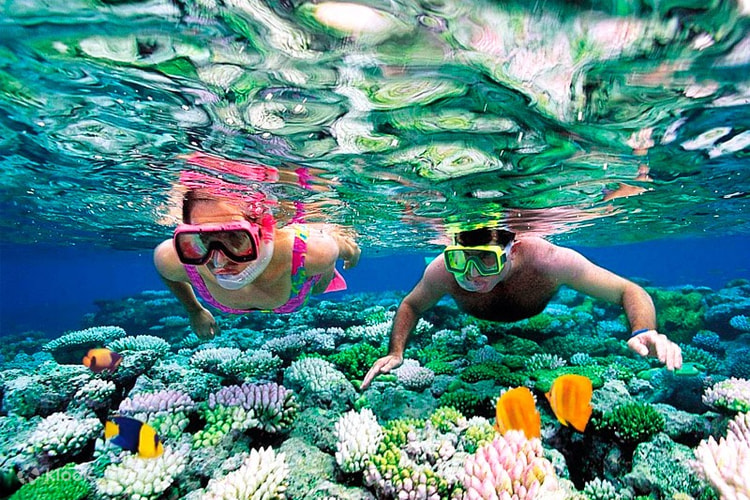 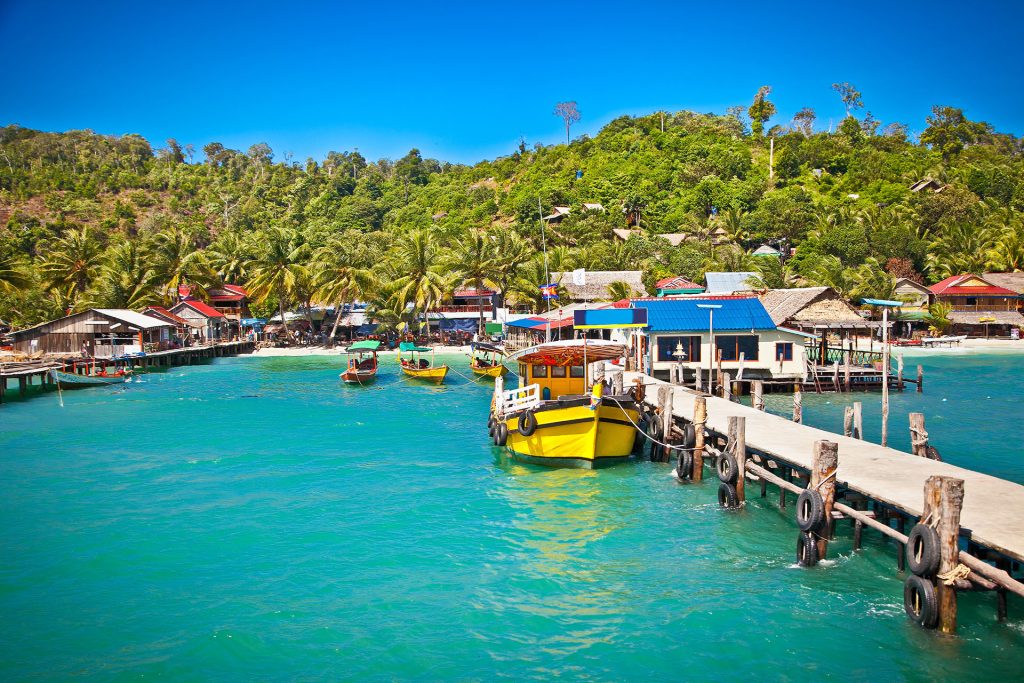 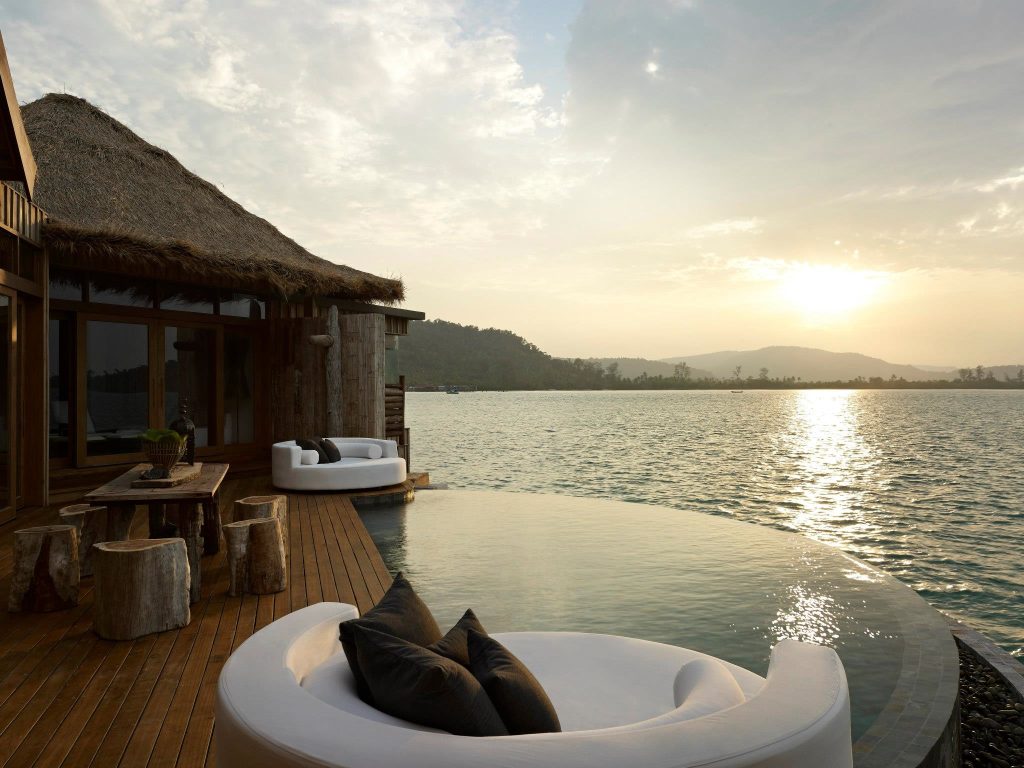 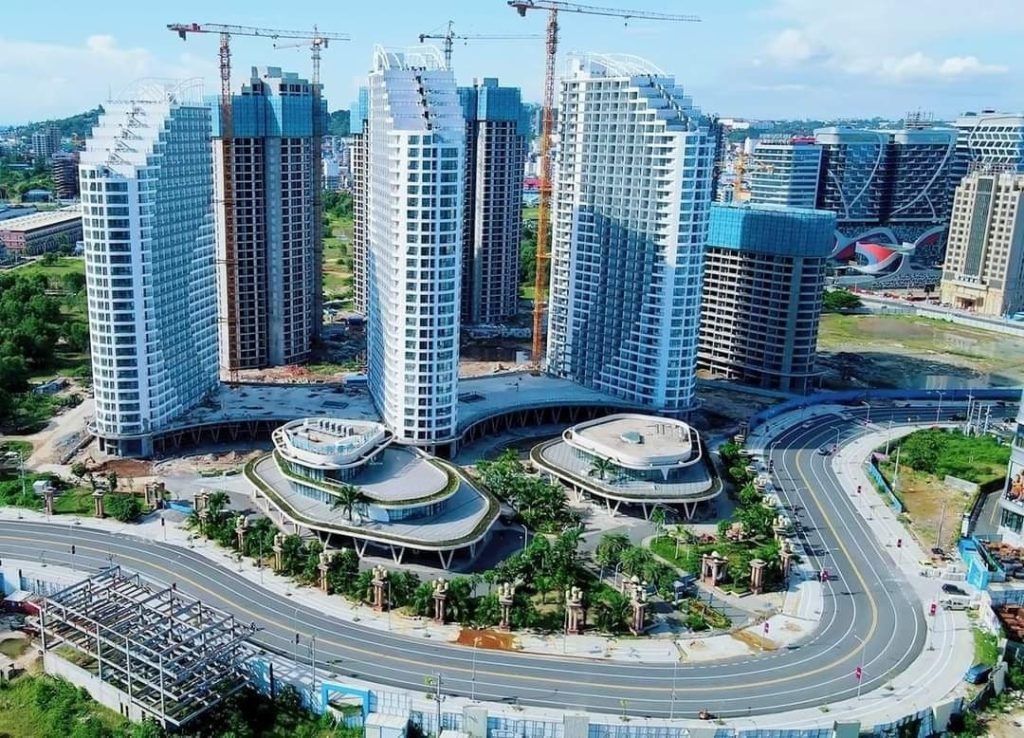