Siem Reap is the capital city of Siem Reap province. Siem Reap today-being a popular tourist destination-has a large number of Hotels, Resorts, Restaurants and businesses closely related to tourism. This is much owed to its proximity to the Angkor temples, the most popular tourist attraction in Cambodia.

Siem Reap is located in northwestern Cambodia, and it’s a popular resort town as the gateway to Angkor region. The name “Siem Reap” can be translated to mean “Defeat of Siam”, and is commonly taken as a reference to an incident in the centuries-old conflict between the Siamese and Khmer Kingdoms, although this is probably apocryphal. According to oral tradition, king Ang Chan (1516-1566) had named the town “Siem Reap”, meaning “the defeat of Siam”, after he repulsed an army sent to invade Cambodia by the Thai King Maha Chakkraphat in 1549. However, scholars consider this derivation to be simply a modern folk etymology, and maintain that the actual origin of the name is unknown.

From the sixteenth to the nineteenth centuries, infighting among the Khmer nobility led to periodic intervention and domination by both of Cambodia’s more powerful neighbours, Vietnam and Siam. Siem Reap, along with Battambang and Sisophon, major cities in the northwest of Cambodia, was under Siamese administration and the provinces were collectively known as Inner Cambodia from 1795 until 1907, when they were ceded to French Indochina.

Siem Reap was little more than a village when French explorers such as Henri Mouhot “re-discovered” Angkor in the 19th century. However, European visitors had visited the temple ruins much earlier, including Antonio Da Madalena in 1586…

Siem Reap now serves as a small gateway town to the world heritage site of Angkor Wat. It is a vibrant town with modern hotels and restaurants, still managing to preserve much of its culture and traditions. Siem Reap ranked Fourth in the World’s Best Cities of Travel & Leisure survey in 2014. Tourism is a very important aspect of the economy of Siem Reap – it was estimated in 2010 that over 50% of jobs in the town were related to the tourism industry.

Top Ten Things to see and do in Siem Reap

-Angkor Wat: is the central feature of the Angkor UNESCO World Heritage Site containing the magnificent remains of the khmer civilization. Angkor Wat towers symbolise mythical Mount Meru. Thousands of feet of wall space are covered with intricate carving depicting scenes from Hindu mythology. The most important are the Carved Bas reliefs of the Hindu narratives. They tell a story about gods fighting demons in order to reclaim order which can only be achieved by recovering the elixir of life known as amrita. The gods and demons must work together to release it and then battle to attain it.

Angkor Wat was built by King Suryavarman II  (1113-1150) and dedicated to Vishnu. It’s the largest monunent of Angkor group and one of the most intact, in an architectural masterpiece. Daily opens from 5 am until 5:30 pm.

More than just a circus, Phare performers use theater, music, dance and modern circus arts to tell uniquely Cambodian stories; historical, folk and modern. The young circus artists will astonish you with their energy, emotion, enthusiasm and talent.

Phare artists are students and graduates from Phare Ponleu Selpak’s vocational training center in Battambang. The association was formed in 1994 by 9 young men coming home from a refugee camp after the Khmer Rouge regime. They were greatly helped during that time by an art teacher using drawing classes as therapy and wanted to share this new skill among the poor, socially deprived and troubled youngsters in Battambang. They founded an art school and public school followed to offer free education. A music school and theatre school were next and finally, for the kids who wanted more, the circus school. Today more than 1,200 pupils attend the public school daily and 500 attend the alternative schools. Phare Ponleu Selpak also has extensive outreach programs, trying to help with the problems highlighted in their own tales.

Phare The Cambodian Circus offers these students and graduates somewhere to hone their skills and a place to earn a decent wage.

-War Museum Cambodia: it covers the last three decades of the 20th century when the khmer Rouge was active in Cambodia. There is a vast array of vehicles, artillery, weaponry, landmines and equipment on display. It’s located about 6 km West of Siem Reap town.

-Phnom Kulen Holy Waterfall: the Phnom Kulen National Park is about 50 km from Siem Reap and contains a number of attractions such as its two waterfalls and Kbal Spean’s “river of 1000 lingas”. Phnom Kulen is considered a holy mountain in Cambodia, of special religious significance to Hindus and Buddhists who come to the mountain in pilgrimage. It also has a major symbolic importance for Cambodians as the birthplace of the ancient Khmer Empire, for it was at Phnom Kulen that King Jayavarman II proclaimed independence from Java in 804 CE. Phnom Kulen means “mountain of the lychees”.

-Kompong Phluk Village (mangrove forest): Enjoy the splendor of Kompong Phluk and the great Tonle Sap Lake on this inclusive tour. Visit the local villagers and see their incredible stilted houses, while taking in the beauty of the lake around you. 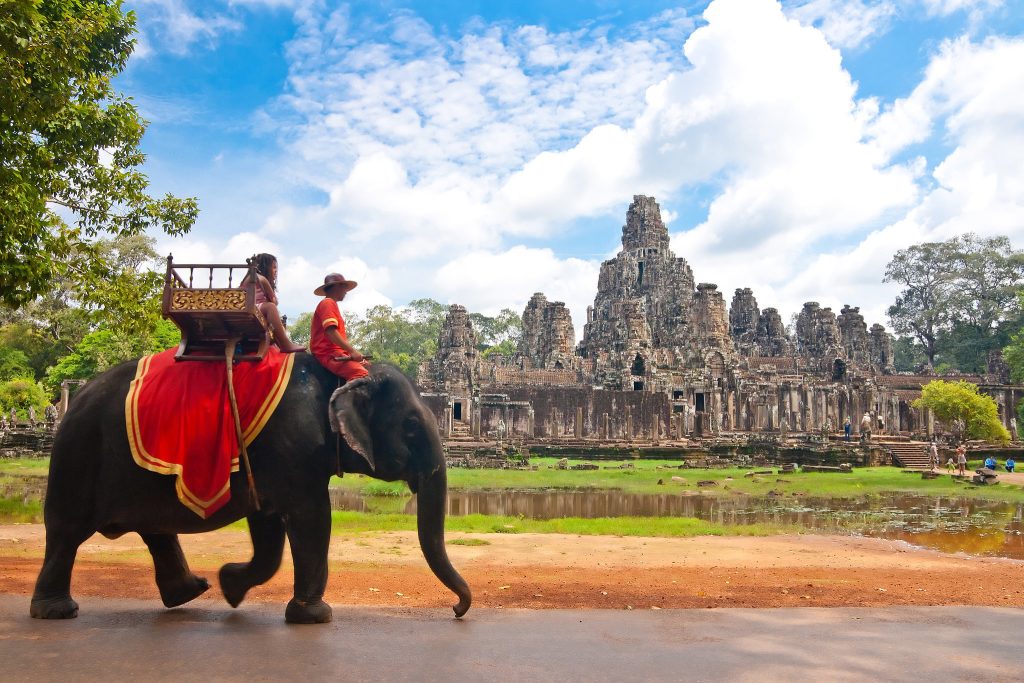 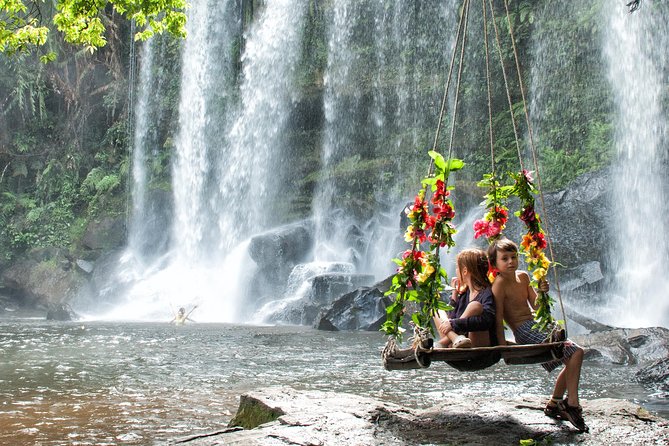 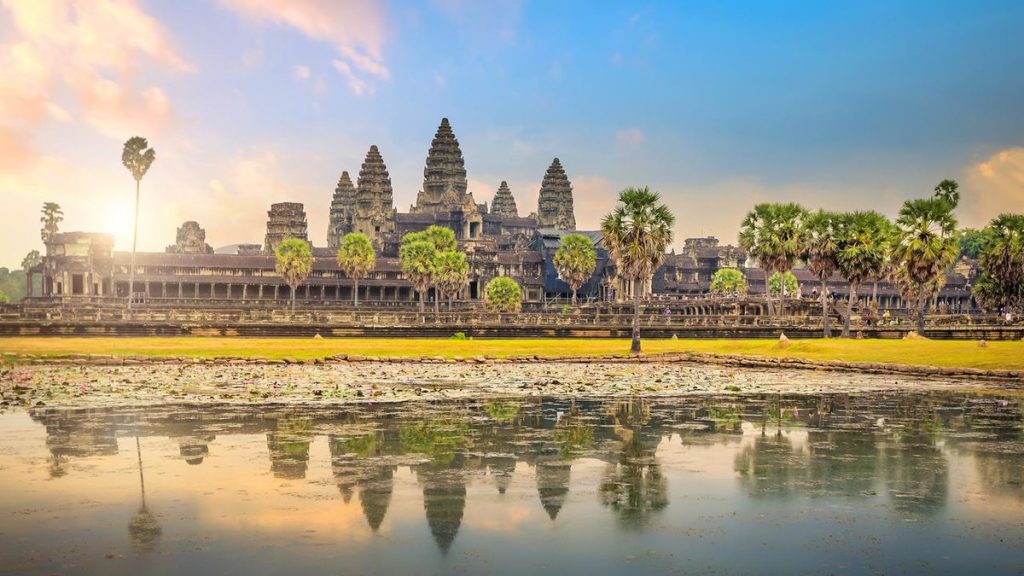 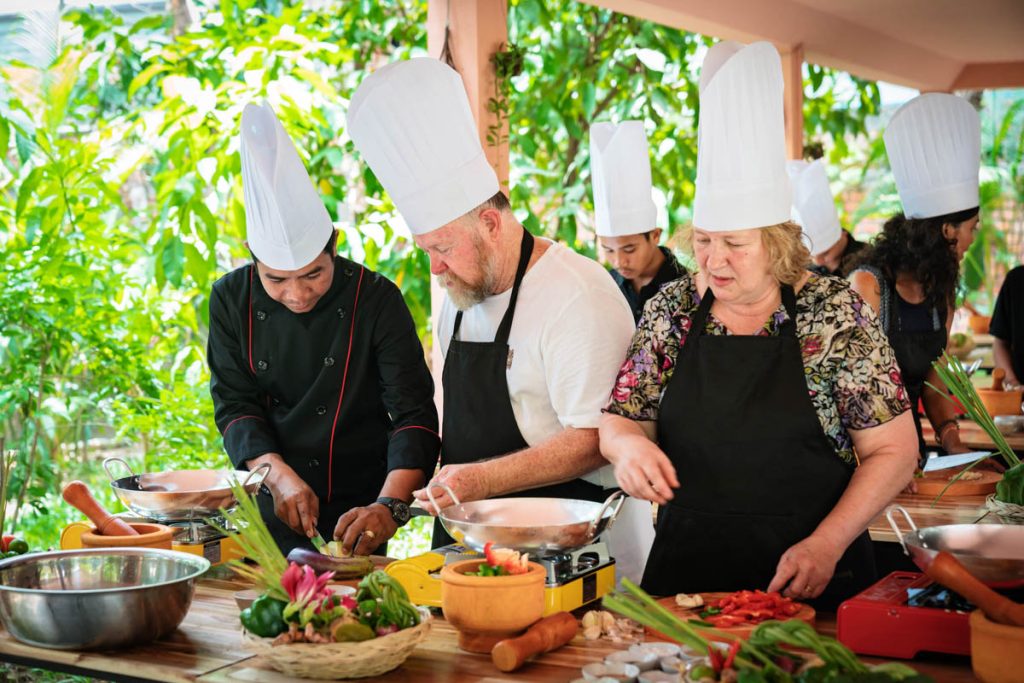 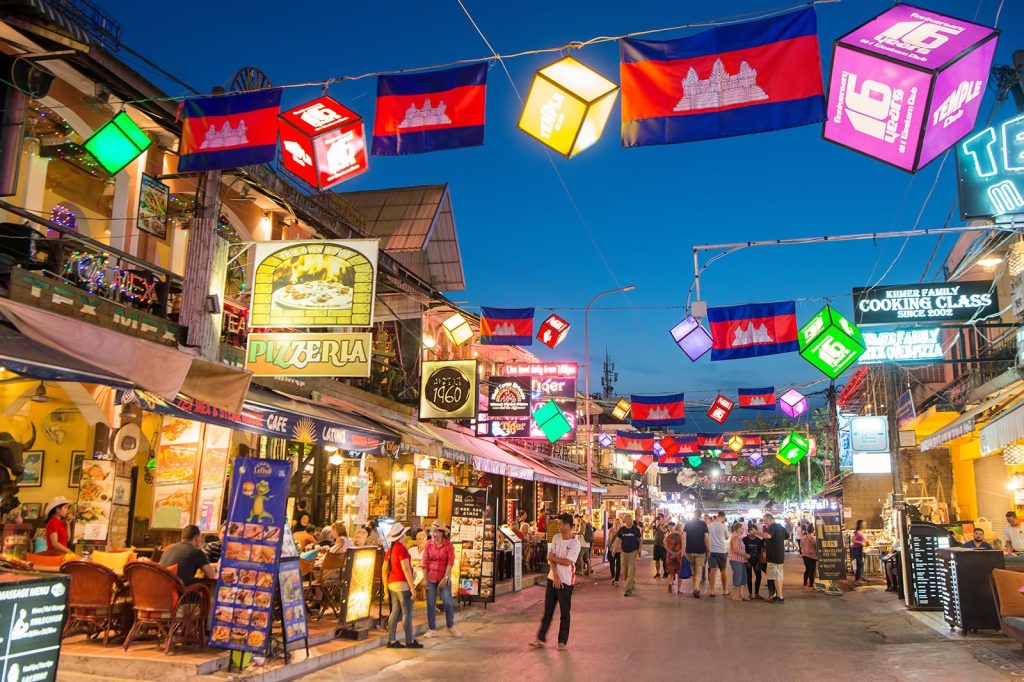 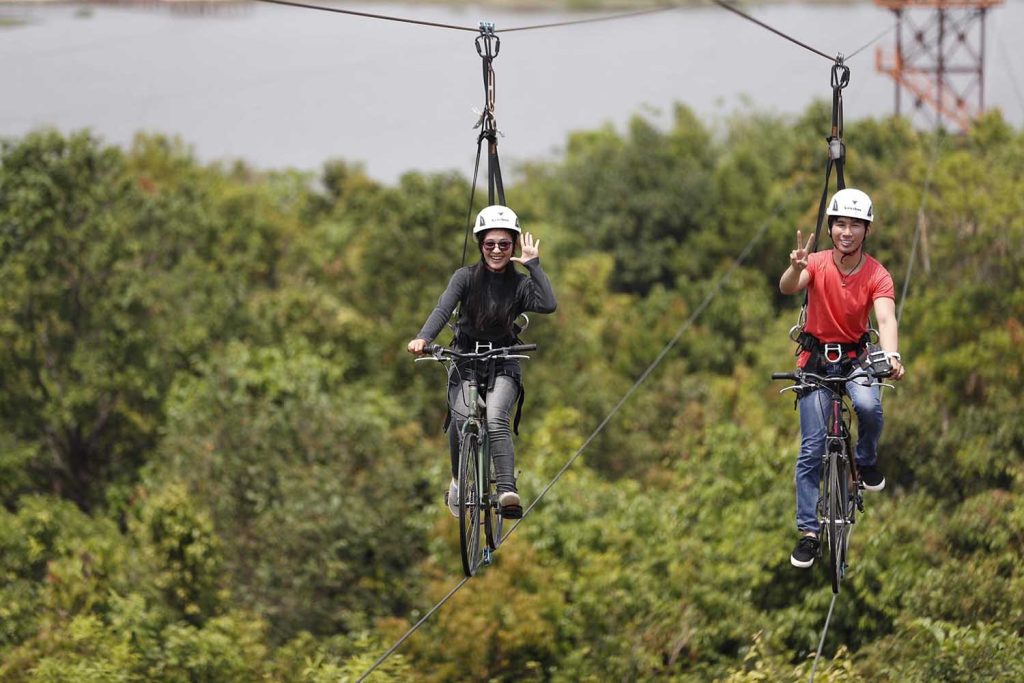 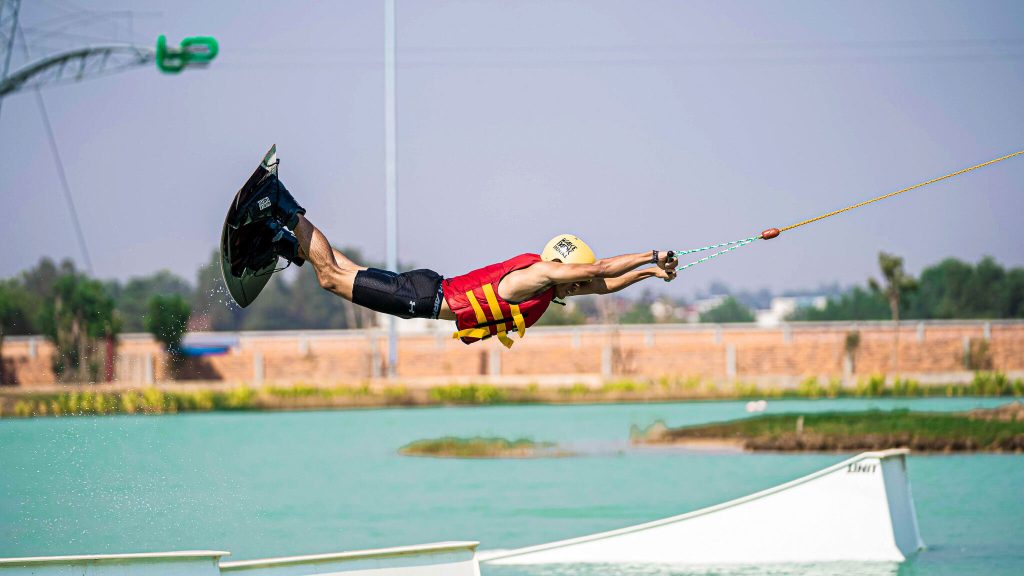